For BIGGI, the world is not enough. Being one of Holland’s biggest export products at this moment, it is eclectic house that makes party people all around the world go wild for sure. Together with other heroes like Hardwell and R3hab he developed the eclectic style to what it is today: Dutch house. This makes BIGGI one of Holland’s most rebooked artists and gave him the title ‘uncrowned king of eclectic’. Something friends and collegues like Hardwell, Sunnery James & Ryan Marciano, Gregor Salto, R3hab, The Partysquad, Quintino, Chuckie, Sidney Samson and D-Rashid all claim.

Facts which are also recognized in BIGGI’s tracks. He released ‘Music 4 The People’ and ‘Esa Musica’ (support by Tiesto) on Be Yourself Music. ‘Krezi’, ‘Put Your Sunglassess On’, ‘So Excited’, ‘Detached’ and ‘Abandoned’ were released on Spinnin’s sub label Made in NL. Black Hole Recordings took on ‘Keep On Rocking’ and ‘City Of Dance’ (support by Hardwell), The tracks ‘Get Started’ and ‘1234’ got released by Bang It. Remix wise he did work for Captcha, R3hab, The Flexican, Joe Smooth & Fast Eddie, Sydney Blu, Tune Brothers, Muzikjunki and Daniel Wanrooy, to name a few.

Since 2010 BIGGI plays +250 gigs a year and is constantly booked at the most popular and award winning venues in Holland, like Bermuda, Bloomingdale’s, Kerkplein, Beachclub Vroeger, Off_Corso, Thalia Lounge, Beachclub Sunrise, 013, Mezz and Effenaar.

BIGGI played all big Dutch events and festivals like Nope Is Dope, Crazy Sexy Cool, Mysterious, Latin Village Festival, Dancetour, City Of Dance, Gigadance, DV Festival, Dance Boulevard and Intents Festival, amongst others. He is frequently billed by popular Dutch concepts like Club MTV, We Love Ibiza, Lipstick, Passie and many others. Next to that BIGGI hosted his own ADE event at Escape Venue three times in a row.

Last year BIGGI took on the world by playing over 30 foreign gigs in three months time. He has a busy international schedule, traveling through Europe in last to two years to countries and city’s like Salou, Ibiza, Mallorca, UK, Turkey, Greece, Belgium, Barcelona, Germany, Poland and Marrakech.

With ‘BE BIGGER’ he has adapted his love for music to a special concept, which is now taking on the Dutch club scene. So get ready and be bigger! 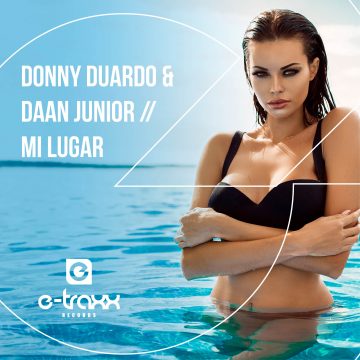